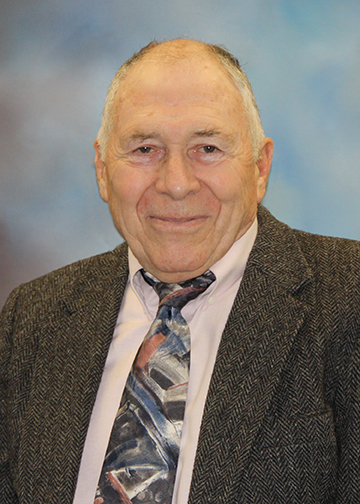 We are deeply saddened to announce that William Joseph “Bill” Pintal, D.O. M.S died on November 24, 2020 after a brief battle against COVID-19. He was 86.

Those who knew Bill always mentioned his enormous hands and his even larger heart. He lived his life according to a personal code that revolved around family, faith, teaching those who sought to learn, and treating those who were in need. Bill was an endlessly generous man. He was a deeply loved and revered mentor to many of the students and residents he taught throughout his career. He continually demonstrated grace, and preferred giving to receiving. To this day there are colleagues and staff at McLaren Greater Lansing who rave about his sense of humor, the twinkle in his eyes, and his kindness.

Like Andrew Taylor Still himself, Bill infused everything he taught with Osteopathic philosophy. His view of biomechanics was rooted in “anatomy, anatomy, anatomy” and his ideas about bioelectric and biodynamic somatic forces continue to spark innovation among his trainees. Bill’s small groups in OMM were often treated to deeper explanations of the anatomy and mechanisms they were being taught, and the open discussions he held after class went even deeper. He was notoriously slow in practical skills testing because he continuously taught. When he rounded on the OMM service at the hospital, often with several residents and students, he demonstrated an uncanny knack for finding an important anatomical concept that each patient would illustrate, and then the trainees could feel what he was talking about and learn ways to address it. He was always concerned with treating the spirit of his patients by finding things they had in common to discuss. Often, especially with older patients, this related to his proud service as a veteran of the Korean Conflict. When he precepted students in a free clinic, his compassion and focus were clear and highly instructive, and he challenged even first years to aspire to achieving more professionally and in patient care. He was also a fixture for many years in the Obstetrics department at McLaren, helping countless women manage delivery-related pain by providing Osteopathic Manipulation before, during and after their labor.

The constant undercurrent of his professional life of service was maintaining attention to the spiritual components of our lives. Bill taught MSUCOM’s “Spirituality in Medicine” class for many years. He believed that training physicians could not achieve their potential without fully understanding their own spiritual selves—whatever that might mean to each of them—and he helped them learn about themselves without pressing his own ideas upon them. He believed that providers, not just patients, were made of a triune mind/body/spirit that was to be nurtured and protected.

A native of the Upper Peninsula, he tried to recreate the world in which he was raised both on the small farm where he lived, and in his heart. In line with Still’s tenets, Bill believed that the perfection and beauty of the natural world was reflected in our bodies, minds, and spirits. He believed more in sustaining health than in fighting disease. Still’s Osteopathic philosophy balanced his father’s Methodism with the cultural beliefs of the Cherokee and Shawnee; Bill’s interpretation of this was the interconnectedness of all living things, suffused with a universal Holy Spirit, a philosophy in line both with his Catholic upbringing and his Ojibway cultural heritage. He found the tension between these two ideas enhanced his capacity to treat, and enriched his ability to teach.

The Pintal family has been very important to our college for decades, and this year they have suffered terrible losses. His wife, Brenda, who worked at COM for many years, passed in October of this year after contracting COVID-19. Brenda and Bill were preceded in death many years ago by their daughter Kelly, and are survived by their Daughters Kristin Carlson and Monique (Scott) Carpenter; granddaughters Erica (Jesse) Williams, Jaclyn Allen, Nicola Carlson, Allica (Jared) Beckwith, Morghan (Jay) Rustenholtz, Brindlea Peterson, and Kadyn Reisterer; great granddaughters Nella and Cora Williams, Baby Beckwith, and great grandson Baby Rustenholtz.

Bill’s passing marks the loss of another of the Osteopathic giants who built the reputation and history of MSUCOM, and he will be dearly missed.